Press coverage
Please refer here for the Straits Times Article about the project. 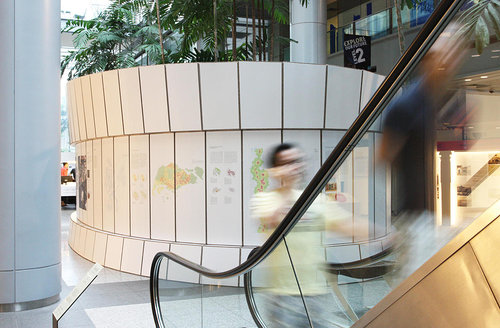 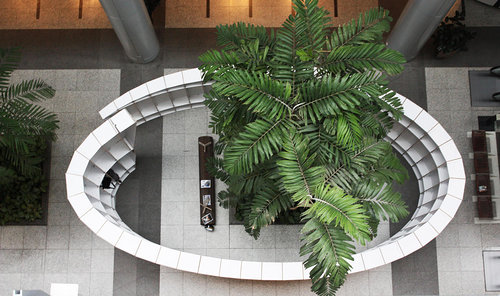 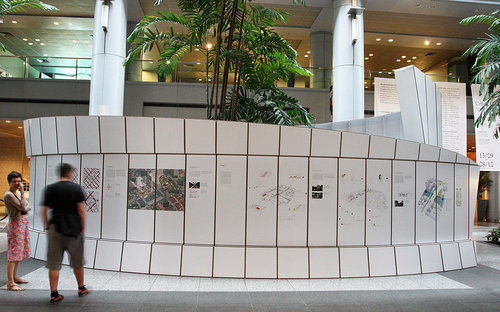 This exhibit presents current urban design research work produced in two academic institutions of Singapore – the City Form Lab at the Singapore University of Technology and Design (SUTD) and the Urban Design Module at the ETH Future Cities Lab.

Urban design research is closely related to urban design practice. Research can tackle fundamental problems of city design that the daily realities of a design office do not permit. Research can be un-biased to the accepted development types and search for solutions that transcend individual projects. Research turns forms into ideas, practice turns ideas back to forms. However, the methods of research have evolved to answer a particular question at a time; scientific rigor is typically not good at handling complex interacting variables together. Research and design thus complement each other – research equips a designer with tools to better understand the effects of individual design elements, which must ultimately be synthesized and organized into new projects by the designer.

City Form Lab work from SUTD showcases four typical phases of urban design research – data collection, measurement, analysis and design. Examples of data collection include both paper-based and digitized field surveys of built environments in Singapore and in Indonesia, as well as participatory workshops that seek to identify urban issues and potential solutions with inter-disciplinary participants from city governments. Measurement demonstrates novel software tools developed at the lab for quantifying characteristics of built environments at both a neighborhood and a metropolitan scale. Analysis projects show how analytics can inform important investment decisions in cities – how Singapore’s Rail Corridor can be reconnected with the rest of Singapore, what we can learn from Bugis about achieving diversity in downtown neighborhoods, and how parcel and block dimensions in urban grids can be optimized to maximize pedestrian accessibility. Finally, the design phase illustrates how research results in the lab’s work have led to urban design solutions for a transit oriented corridor in downtown Surabaya, integrating new developments with traditional kampungs. Though separated for clarity here, the four phases of research are nonlinear in reality, they intertwine and inform each other.

The contribution from the Urban Design Module at the ETH Future Cities Laboratory showcases Rochor+, a multidisciplinary research platform that brought together researchers with expertise in Urban Planning, Transportation, Preservation, Building Technology and Simulation to investigate one of Singapore’s last intact districts that has grown organically from complex and nuanced local forces in the rapidly changing city-state. Rochor is morphologically, functionally and socially one of the most diverse districts in Singapore and therefore serves as an ideal case for multidisciplinary research. Analyses and proposals on three sites – Farrer Park, Lavender and Ophir Rochor – that resulted from an ETH urban design studio in Singapore in fall 2013 are displayed along with investigations of a specific public space typology – back lanes – that characterize the area. The urban potentials garnered from specificities of the three urban sites and from the back lanes typology are employed to enhance the qualitative development of high density living in the increasingly globalized and rapidly changing Singapore.

The structure that carries the City Form Lab exhibit at the URA gallery is made of 10mm flat cardboard sandwich panels. Each panel is unique, CNC cut and folded to a precise geometry that achieves a desired upward spiral form when assembled. The project was developed as a pilot demonstration of a complex 3D grid structure made out of off-the-shelf flat material, cut into shape with simple 2D routers, and assembled on site with untrained labor within hours.

This structure was developed as a follow-up experiment to the SUTD Gridshell Pavilion, completed by CFL in 2013 on the SUTD campus. While the SUTD Gridshell utilized separate elements for structure (made out of plywood panels) and cladding (made out of galvanized steel panels), the URA structure achieves both structure and cladding from the same flat cardboard panel via folded edges, interlocked with fish-tail joints. The solution offers a rapid and economical methods for achieving complex 3D structural geometries, where gradually differing geometries in each element generate three-dimensional form. This technology, developed at the City Form Lab, significantly reduces the cost and time required for manufacturing grid structures and gridshells.


Making of the structure

The images below illustrate the design, development and assembly process for the URA exhibit structure. 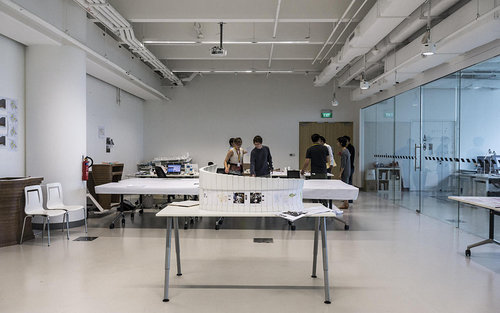